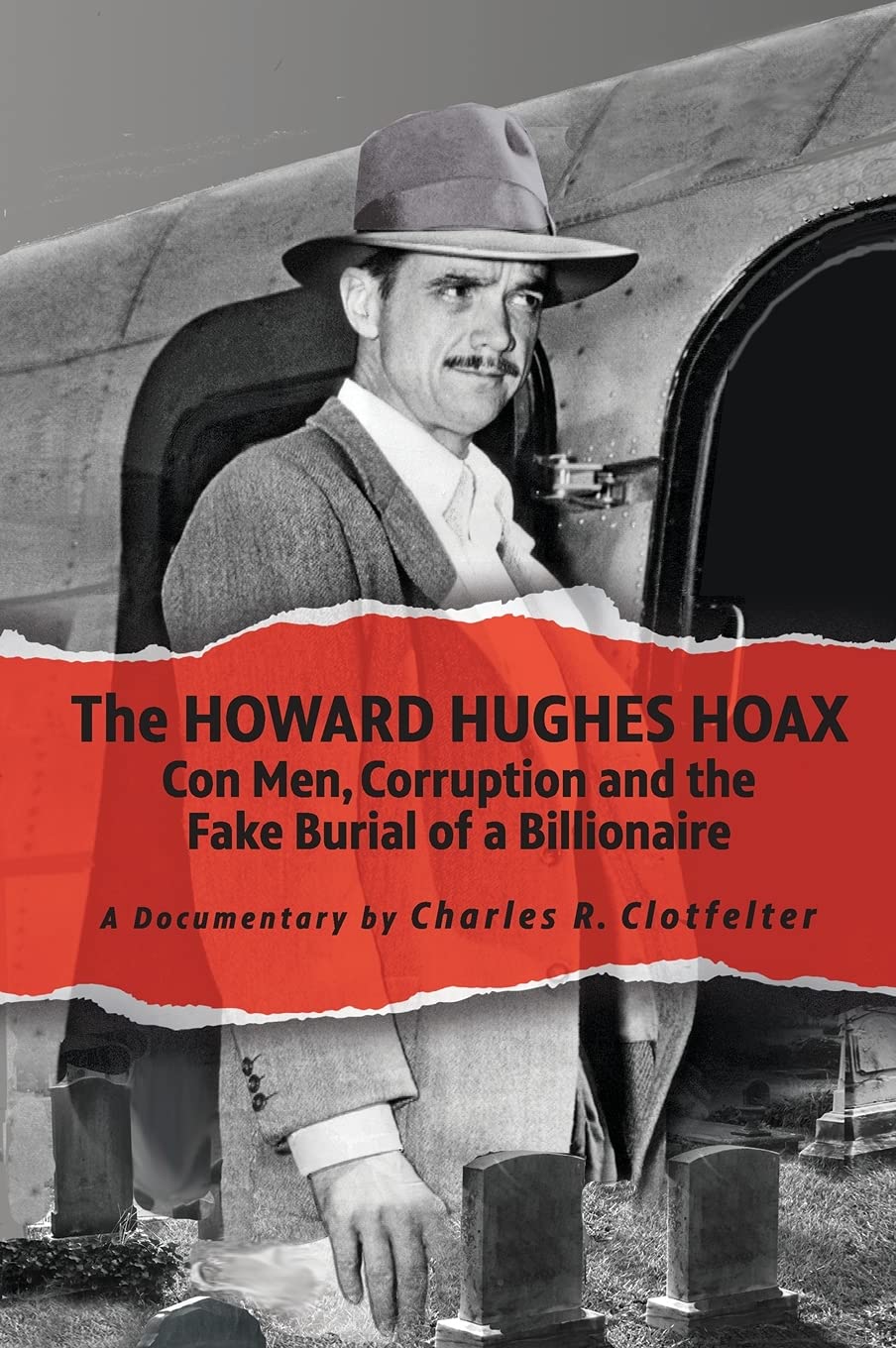 THE HOWARD HUGHES HOAX:
Con Men, Corruption & the Fake Burial of a Billionaire.

THE CONTINUING INVESTIGATION INTO:

“The Truth about Howard Hughes & Those Who Betrayed Him.”

BLASTING OPEN the myths that tarnished one of the 20th Century’s greatest men.

The Howard Hughes Hoax: Con Men, Corruption and the Fake Burial of a Billionaire exposes how Howard Hughes’s inner circle of trusted associates used… …to defraud the Howard Hughes Industries of millions of dollars and sully the name of one of the greatest men of the 20th century. About the Book

Are Claims Made in “THE HOWARD HUGHES HOAX” True?

Here's What the EXPERTS Say...

Captures the essence of conspiracy…

“As a follow-up to his earlier work (The Price of Their Souls), Mr. Clotfelter’s exquisitely researched work (The Howard Hughes Hoax) captures the essence of conspiracy to mislead the public and camouflage the truth about Howard Hughes’s death. In doing so, Mr. Clotfelter unfurls a treasure trove of background material which makes his analysis and conclusions both thought provoking and compelling.”

“I do not profess to be expert in all the medical arts. However, in consideration of my knowledge of endocrinology (toxicology), it appears to me that the lab-tests, evident in Mr. Clotfelter’s book The Howard Hughes Hoax, are not indicative of renal failure being the sole cause of death of the corpse, believed to be “Howard Hughes,” autopsied at the Methodist Hospital, Houston, Texas, in 1976.

Furthermore, it was apparent to me, as it would be to most in the medical arts, that the destruction of the ribcage, breastplate, clavicle, and spinal bone tissues (as described in numerous news articles concerning Howard Hughes and his 1946 XF-11 test plane crash into Beverly Hills, CA) could not have healed to the extent of being non-evidential in the Methodist Hospital “HH” corpse autopsied 30 years later.”

More cause for DNA testing could be argued…

“As far as insights into the medical side of Mr. Hughes’s life, I have one major remark. Pathological evidence of identity usually would have to pertain to the skeletal system. His collarbone fracture, regardless of surgery or close reduced, would leave evidence. If an ex-ray of the remains depicted a healed or unhealed fracture, identity could be confirmed. If the collarbone appears anatomic (without irregularity), more cause for DNA testing could be argued.”

An impressive compilation of supporting exhibits…

“The thesis begins too fantastic to be true. The implausible begins to appear possible, then even probable. An impressive compilation of supporting exhibits makes a compelling case.”

From the Forward of “The Howard Hughes Hoax: Con Men, Corruption and the Fake Burial of a Billionaire”

“This book is mainly about a man named Howard Robard Hughes, Jr. – a man who did not seek to subjugate others or to deprive them of their substance in any way. He was simply a man with great ideas and a bit of wealth with which to bring them to fruition. His companies became pioneers in the movie industry, aeronautics, electronics, and military weaponry.

Within the pages of this book you will learn the true greatness of a man who oversaw an empire which generated massive employment for many thousands of people. He was a fair and honorable man, mostly admired and willingly worked for. The portrayals of a Hughes who became a drug addicted, xenophobic recluse are totally false! This misleading and abusive publicity surfaced only after 1965 – the year in which he actually died. This adverse propaganda about Hughes was necessary so his once trusted inner-circle and their minions could steal what was not rightfully theirs.